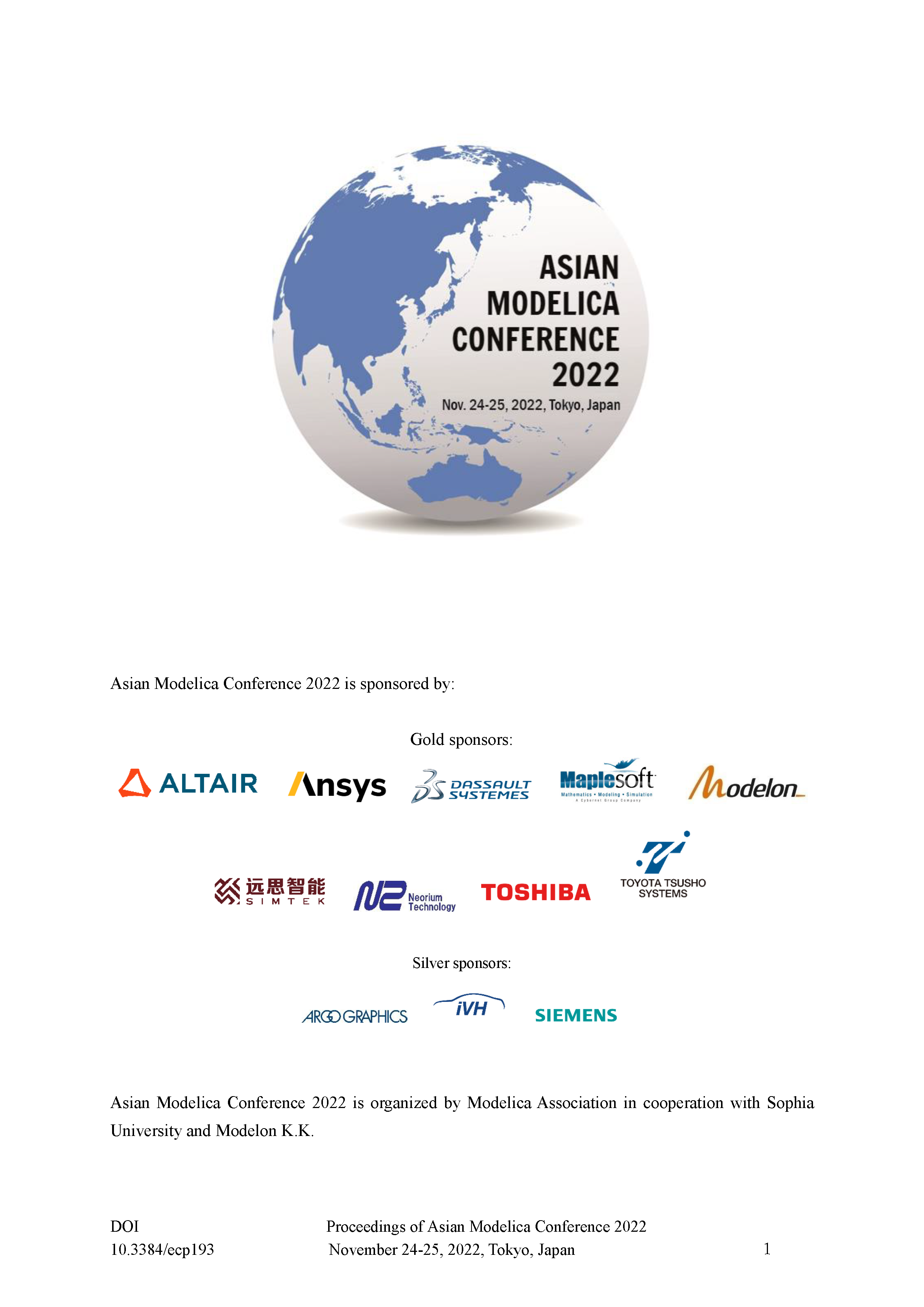 Note: A second version of this proceeding was uploaded on 2022-11-25 due to a rebuttal to the reviewer was accidentally included for the first paper ("Dynamic Simulation of an Oxygen-Hydrogen Combustion Turbine System Using Modelica" by Yutaka Watanabe, Toru Takahashi and Kojun Suzuki) in the first version and has been removed in the second version. Since this was never intended to be included and irrelevant to the article, the rebuttal has been removed. Hence, pages 22-24 are blank on purpose in the second version of the proceedings in order to preserve page numbering.